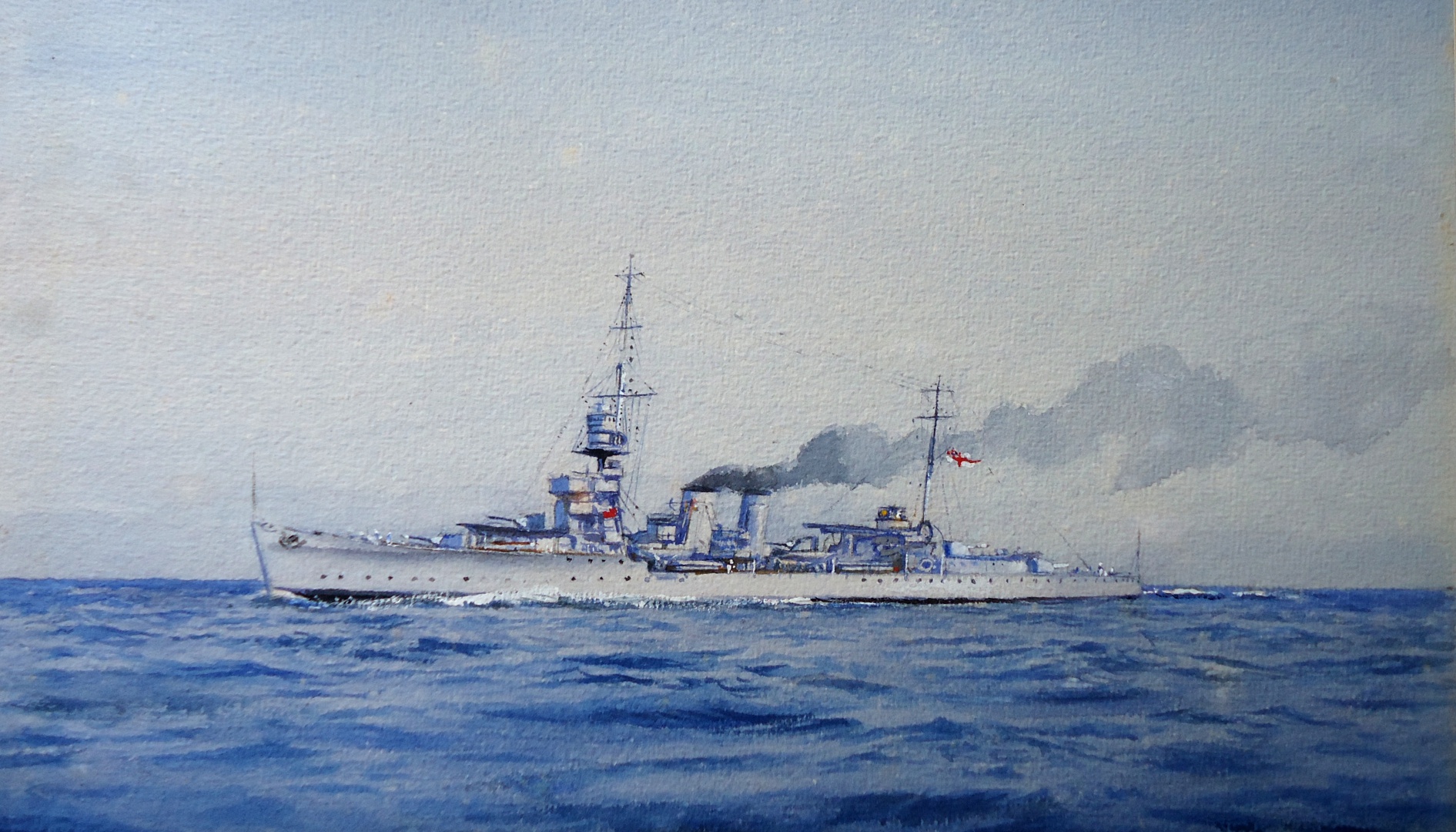 A beautiful, crisply executed watercolour painted on lightly toothed paper of a D Class light cruiser of the Delhi sub-group. HMS DELHI, DESPATCH, DIOMEDE, DUNEDIN and DURBAN were all completed with a "trawler" bow, (distinguishing them from the DANAE sub group of DANAE, DAUNTLESS and DRAGON) which gave them marked sheer forward designed to improve dryness in a seaway.  The C and D class light cruisers, mostly completed towards WW1's end and soon afterwards, were considered very useful ships by the Admiralty and they saw service worldwide in the 1920s and 30s either as members of light cruiser squadrons or, individually, as destroyer flotilla leaders .  As the uneasy peace of the late 1930s progressed they began to be seen as old fashioned and in need of major refurbishment, and an imaginative programme of modernisation and rearming them as anti-aircraft flak ships was put in hand.  It was effective and the surviving ships of the classes rendered valuable service in the years 1939-45, quite a few of them, though, being lost during the war.