Fleet assembly in the Thames for Peace Celebrations, 1919 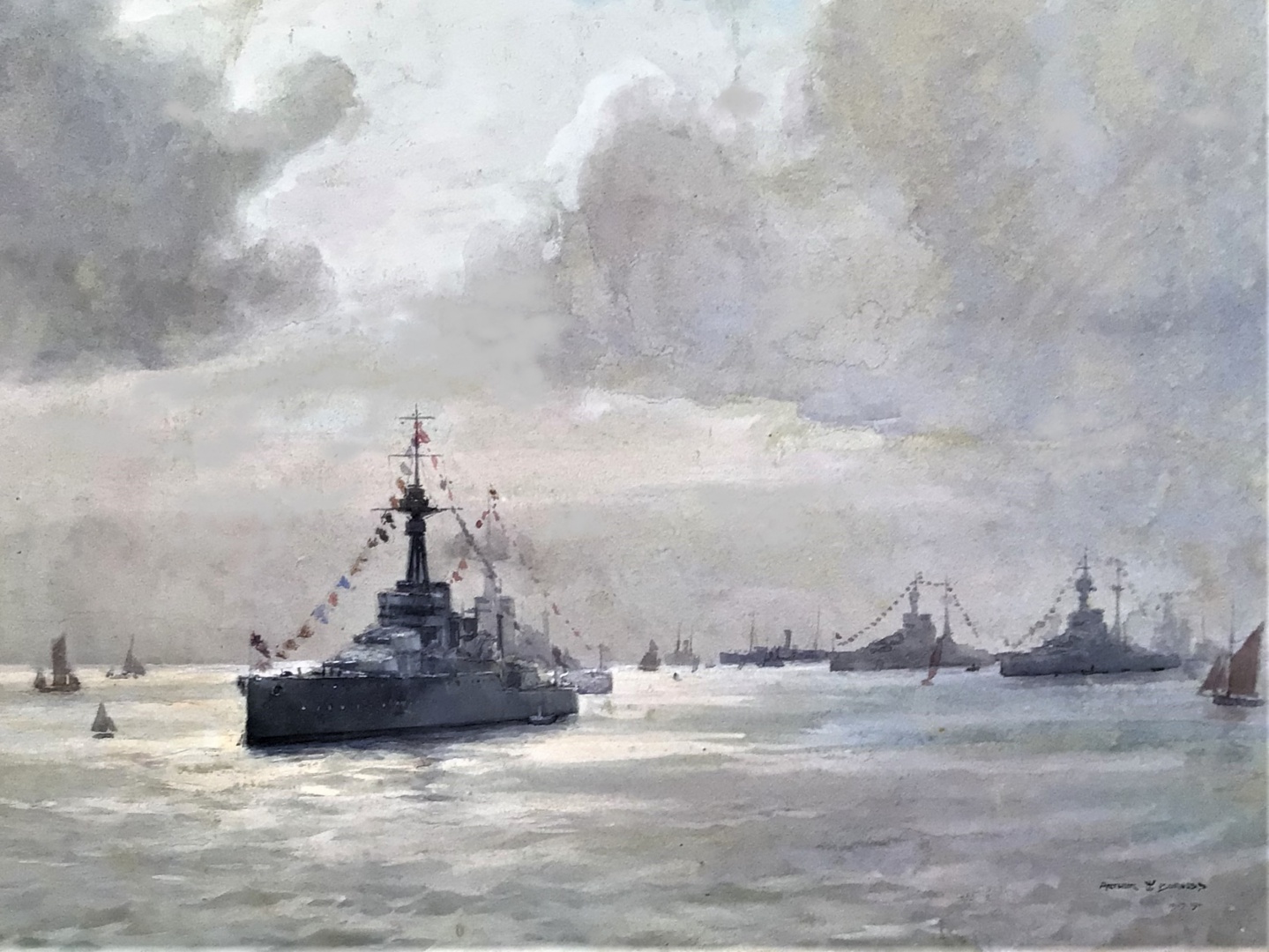 It was July 1919 and the Armistice which concluded the First World War had been signed 9 months earlier when a representative fleet of some 50 ships and submarines under the command of Admiral Sir Charles Madden GCB KCMG CVO, Commander-in-Chief of the renamed Atlantic Fleet, came to anchor in the broad estuary of the River Thames.  At the same time a very large representative contingent of British and Imperial troops of the Army paraded in London where the salute at the march past was taken by HRH The Prince of Wales.

Arthur Burgess' painting shows some of Admiral Madden’s ships at their anchor berths off Southend. The vessels with the shallowest draft which would anchor furthest up the estuary and closest to London proceeded through the lines of heavier ships which we see here anchored further to seaward.  In the foreground is HMS CONQUERER (Captain JR Seagrave) and astern of her lies HMS KING GEORGE V (Captain A J Davies) flying the flag of Vice Admiral Sir Henry Oliver KCB KCMG MVO, Vice Admiral Commanding 2nd Battle Squadron. Over to the right we see HMS ROYAL OAK (Captain F A Whitehead) and ROYAL SOVEREIGN (Captain Oliver Backhouse CB); and behind them appears to be a dreadnought of the Iron Duke class. Despite the overpowering presence of all these great warships Arthur Burgess has managed in his usual style to convey a peaceful, sparkling Thames in July with sailing boats dotted around and enjoying the fine sight.  Larger craft and steamers also brought sightseers out from Southend-on-Sea and from central London itself. It was most certainly a time to rejoice that the Great War was finally over and to remember some 500 warshipsof the Royal Navy lost and 45,000 crew, 3,000 British flagged merchant and fishing vessels and 15,000 crew members who died.