Miscellaneous. oil painting on board. 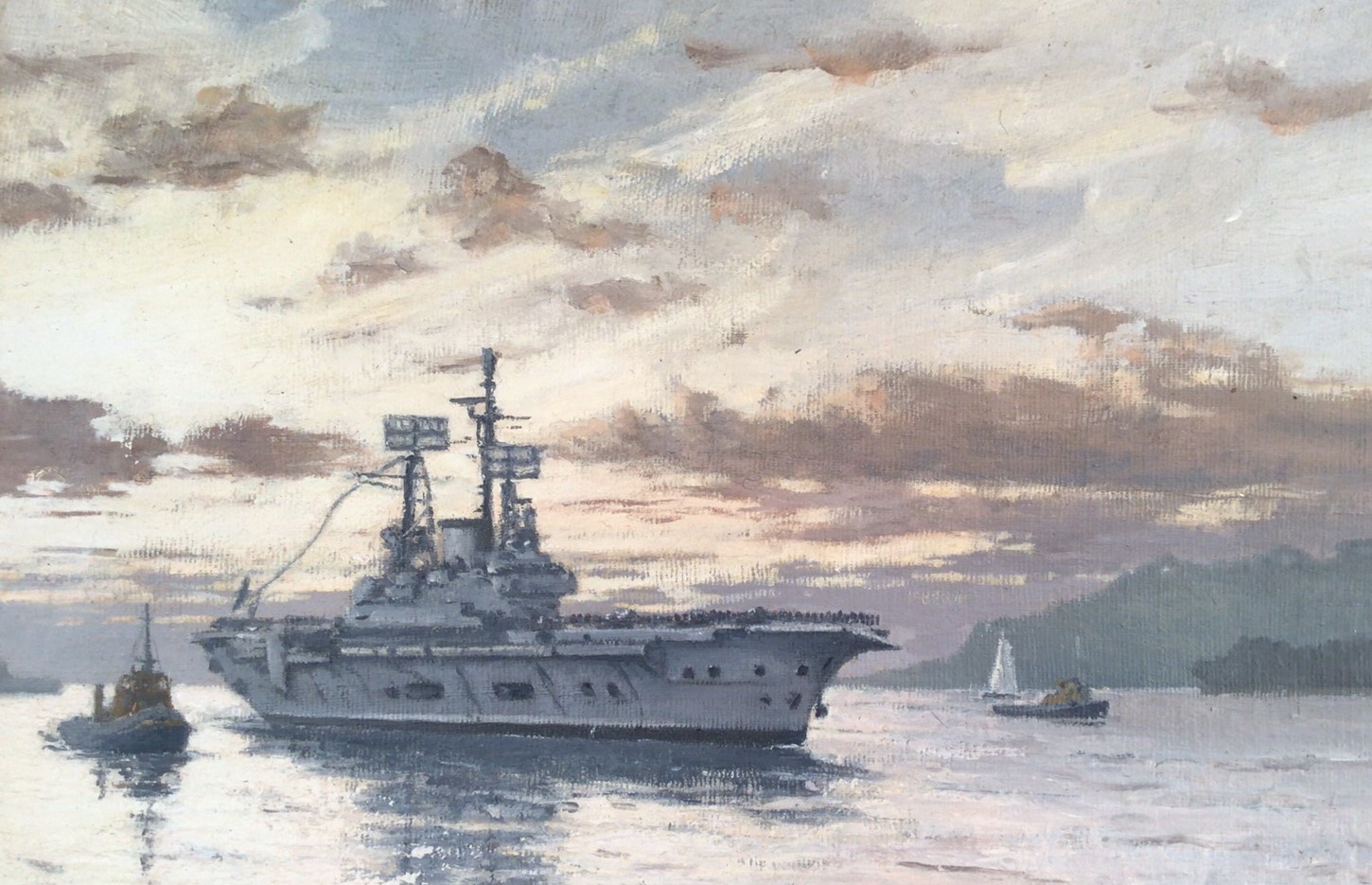 This was a sad day - the premature paying off of the fixed wing carrier in 1978.  Brought about as usual by inept, incompetent government who "ran out of funds" and failed to capitalise on a huge refit ARK completed in 1970, HMS ARK ROYAL (Captain Edward Anson RN) entered Devonport for the final time on 4th December 1978 and with her demise went RN Phantom and Buccaneer Squadrons and so many carrier innovations which were happily adopted by the USN.  Yes, ARK was in poor material state but with a bit of imagination and money.......!