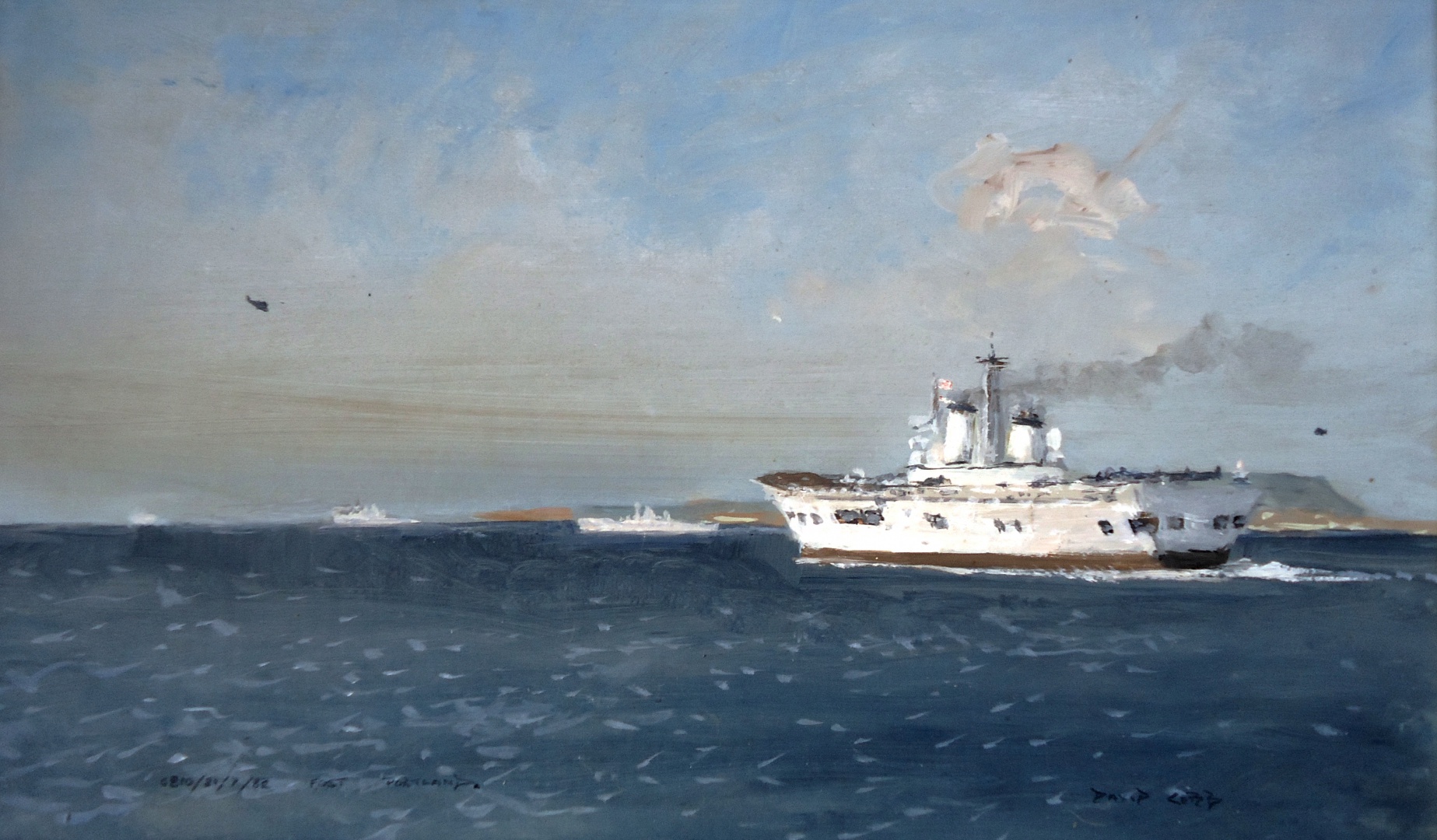 In the Spring of 1982 HMS ILLUSTRIOUS (Captain J C K Slater LVO RN) was completing fitting out when the Falklands crisis demanded the RN's only two carriers, HERMES and INVINCIBLE, be sailed south with all despatch to provide air cover and enhanced command and control facilities for the task group assembling in the South Atlantic.

Completion work on ILLUSTRIOUS was accelerated, builder's and ship's trials were brought forward and whilst still at sea enroute to Portsmouth the ship was commissioned before she headed off for ship safety and operational work up training under the eagle eye of Flag Officer Sea Training (FOST) at Portland in Dorset, Rear Admiral J M Webster. The scene recorded here by an old friend of John Webster, the artist David Cobb, shows the carrier south east of Portland Bill working up with other warships: Cobb has dated the scene, lower left,  "0810 31/7/82".   ILLUSTRIOUS is flying Admiral Webster's flag at the fore which could well mean that this could well be her final "inspection day" at Portland, when, after embarking the admiral in harbour, she was put through a long day of hell by the admiral and his staff of experts to test the ship under severe pressure in every conceivable operational situation and emergency, she would have been declared fit in all respects to sail south to relieve HMS HERMES (Captain J J Black MBE).  Sailing from Portsmouth on 2nd August and after a fast passage south during which she maintained by day and night a very high tempo of flying and all-ship training, she duly arrived off the Falklands on 28th August to enable HERMES to head north and back to the UK.

The picture is from Admiral Sir John's collection and is inscribed on the back by him "HMS ILLUSTRIOUS flying the flag of Rear Admiral J.M. Webster, Flag Officer Sea Training, off Portland July 1982".