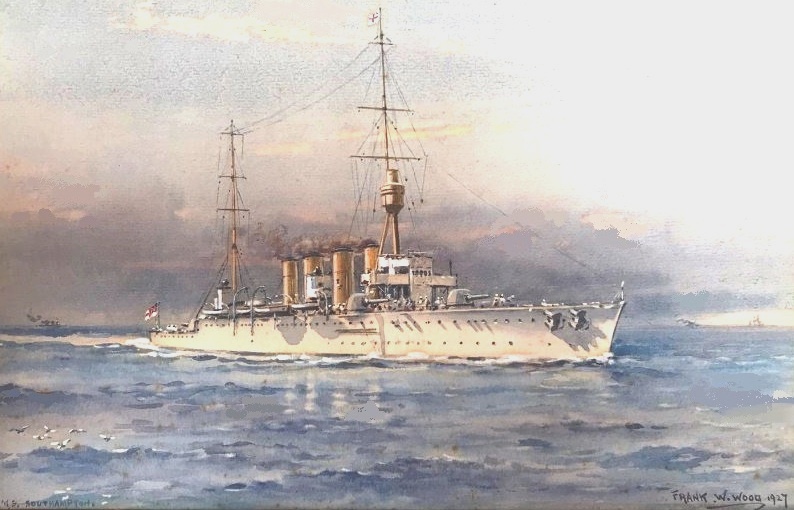 After a busy war and some very hairy times at the Battle of Jutland doing sterling work whilst weaving in and out of shall splashes to report better on the German High Seas Fleet's movements, HMS SOUTHAMPTON spent her final seagoing commissions out in the Indian Ocean as the flagship of the Commander-in Chief, East Indies Station. The watercolour is dated, verso, in pencil by an unknown hand, "1921-1923", exactly the dates that she was the flagship of Vice Admiral Sir Lewis Clinton-Baker whose flag she is shown flying here.  His Flag Captain and Chief of Staff was Captain W A Egerton.

The white hull and upperworks with buff funnels and masts which was the livery of ships here and on the China Station makes for a distinctive watercolour of this light cruiser in her final few years. By the time Frank Wood painted this (dated 1927) she had been retired for several years and the watercolour is almost certainly therefore a retrospective commission.  Could it be a commission from Admiral Clinton-Baker who retired on 1 August 1927 and perhaps set about having paintings of his former flagships painted for old times' sake?