Indefatigable Class battle cruisers stationed on a line of bearing: 1915 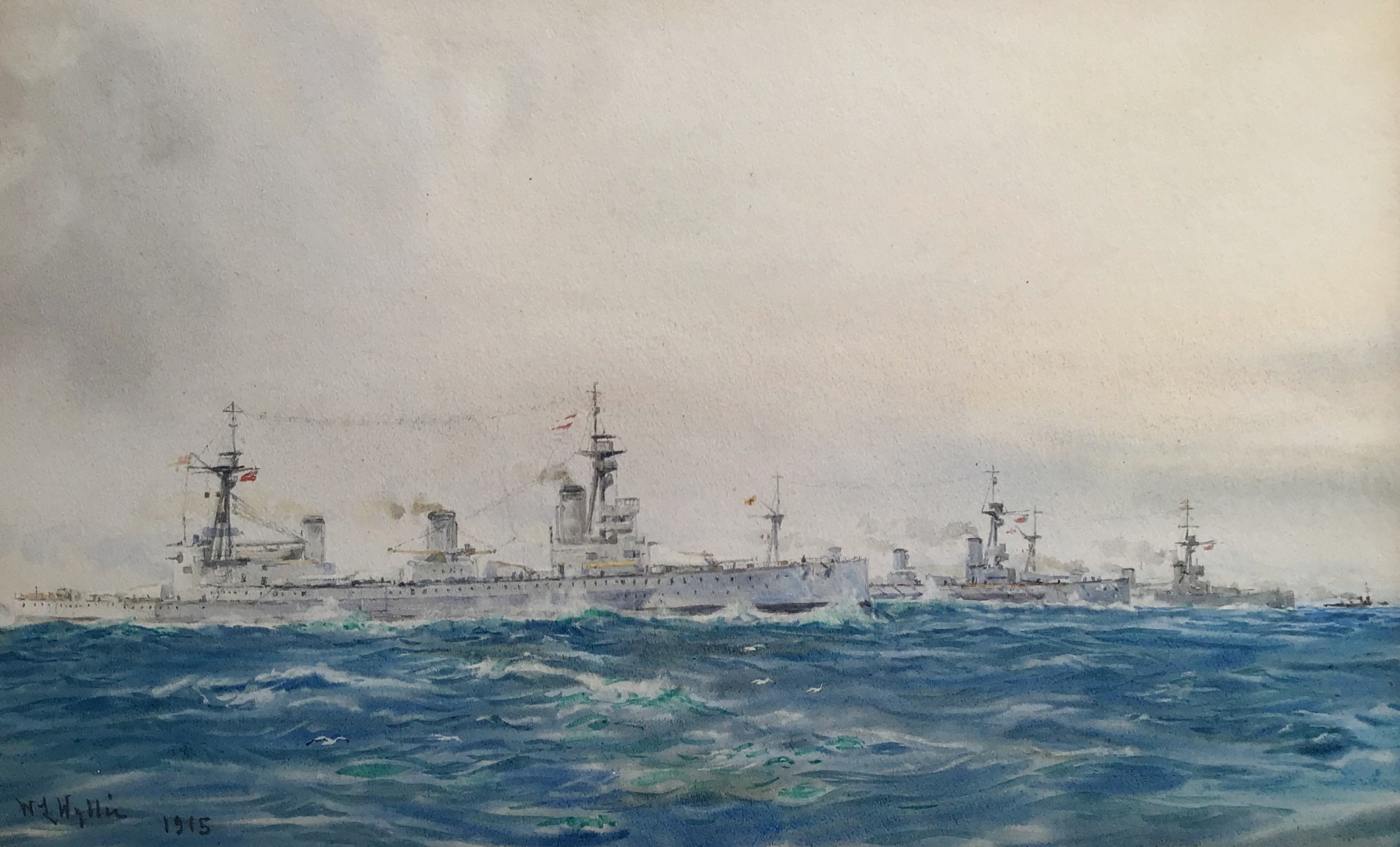 A classic Grand Fleet scene by William Wyllie which has not, its thought, been seen before in any form, certainly by this editor anyway.  WLW has painted here the three battle cruisers of the Indefatigable Class: his watercolour is dated 1915 by Wyllie himself and on the back, in pencil, it has been annotated "April '15" (unknown hand).  The ship in the foreground with torpedo nets clearly removed is HMS INDEFATIGABLE (Captain Charles Sowerby RN) and the other two are HMS NEW ZEALAND (Captain Lionel Halsey CMG RN) and HMS AUSTRALIA (Captain Stephen Radcliffe RN).  A just distinguishable George Cross at her foretop suggests the furthest of the three is AUSTRALIA wearing the flag of Rear Admiral Commanding 2nd Battle Cruiser Squadron, Rear Admiral William Pakenham.  NEW ZEALAND is therefore the middle of the three ships.  The picture has passed through several hands in its 105 years, including those of John Glover Wyllie (1925-2011) in 1987.