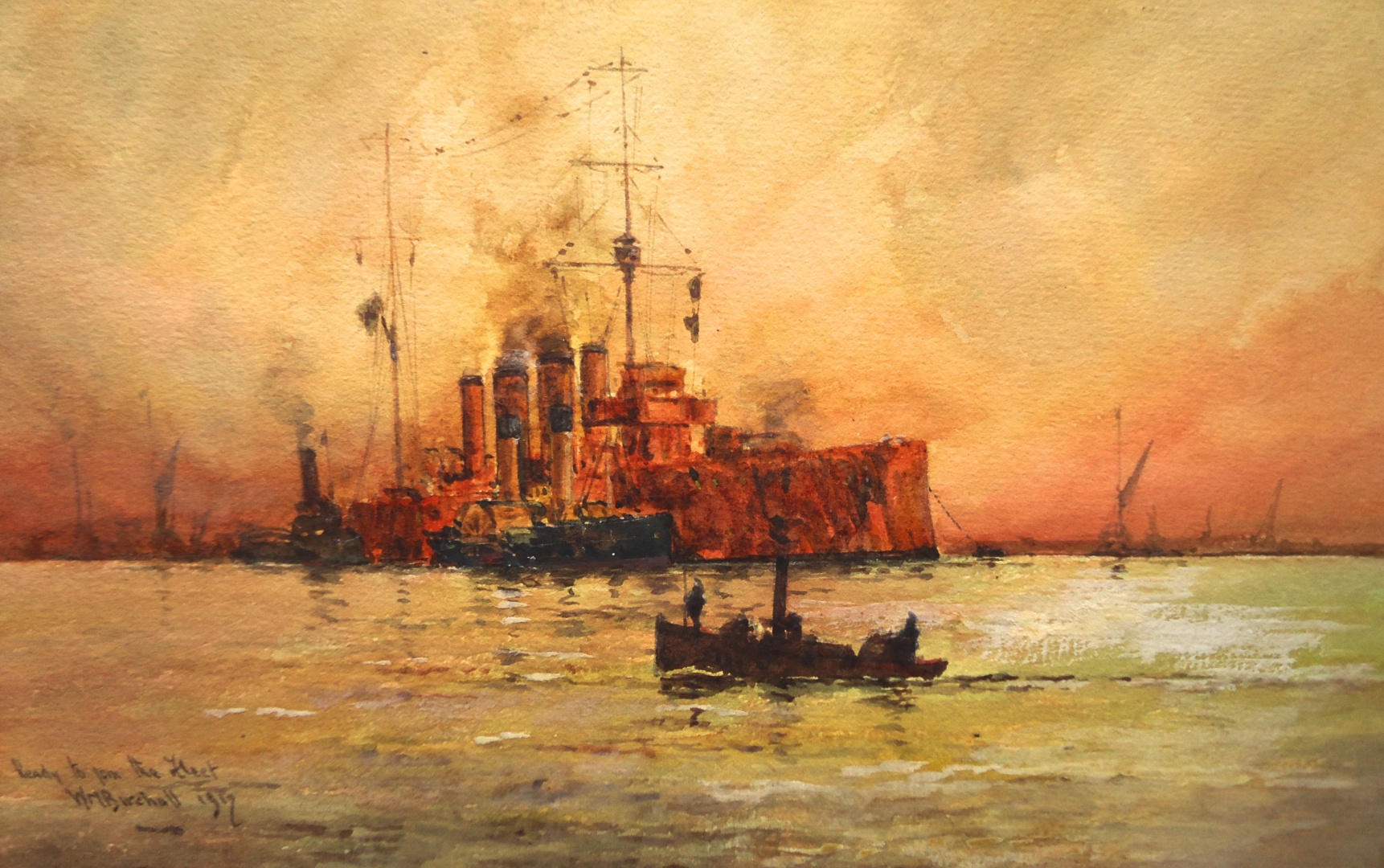 Price on application. See details below

Titled by Birchall "Ready to Join the Fleet", in just discernible pencil is written, verso, "Southampton - Sheerness". The 3 light cruisers of the Chatham Class (HMS CHATHAM, DUBLIN and SOUTHAMPTON), were laid down in 1911; SOUTHAMPTON was competed in February 1913 with Captain A E M Chatfield in command.  She commissioned shortly afterwards and  in March 1913 Captain A A M Duff took over command and remained with her until the ship transferred to the 1st Light Cruiser Squadron under the command of Commodore William Goodenough who was to fly his broad pennant in her throughout the squadron's very busy and eventful first 2 years of the war.

Although the watercolour is dated 1917 William Birchall was obviously taken with this scene which possibly shows the cruiser, freshly arrived from John Brown, her builders, in 1913.  The presence of the Admiralty paddle tug on the cruiser's starboard side suggests that this is indeed a naval port where she has come to be repainted and genenerally smartened up after hauling herself out of the builder's yard and before commissioning - and the writing on the back of the painting tells us this is Sheerness.

William Minshall Birchall was born in Iowa, America, in 1884 where he made a name as an illustrator and portrait artist before emigrating to England: here he settled on the south coast at Hastings. He has 5 watercolours hanging in the National Maritime Museum, Greenwich and a further 7 in the Peabody Museum, Salem. He invariably manages to add an atmosphere to his watercolours, this one being no exception as he portrays the new cruiser, grimy and distinctly in need of a thoroughly good clean up and paint job to ensure she is ship shape and cosidered smart enough to join her new squadron!